A true taste of Tahiti

Tahitians have always relied on fishing and the cultivation of fruit, vegetables and flowers. In the early years, breadfruit was very important and families preserved their own in deep pits.

Captain James Cook came to the islands in the 18th century and is believed to have introduced cattle to the island. Captain Bligh (of Mutiny on the Bounty fame) started his journey to Tahiti 1787, on a mission to collect breadfruit ‘uru’ saplings for transportation to enslaved Africans in the Caribbean. After a long and arduous voyage of 10 months, Bligh and his crew arrived at a time unsuitable for replanting the breadfruit tree saplings, so had to remain on Tahiti for six months. It is reported they never actually made it to the Caribbean, as mutiny broke out soon after they set sail. Interestingly when breadfruit did finally find its way to the West Indies, they never quite got the taste for it!

British missionaries arrived in the islands in 1797 and attempted to control the natives and by 1815 had a strong influence on Tahitian culture. By 1880 the French declared Tahiti a French Colony and in 1957 the whole of French Polynesia became a French Overseas Territory. Throughout this period, French influences had a major effect on language, culture and certainly cuisine.

The Chinese influence came about as a result of the American Civil War. In 1884 in an attempt to ease the worldwide shortage of cotton caused by the war, British born William Stewart started importing Chinese workers as labourers on his huge cotton plantations in the south of Tahiti. By 1866 there were more than 1000 Chinese in Tahiti. 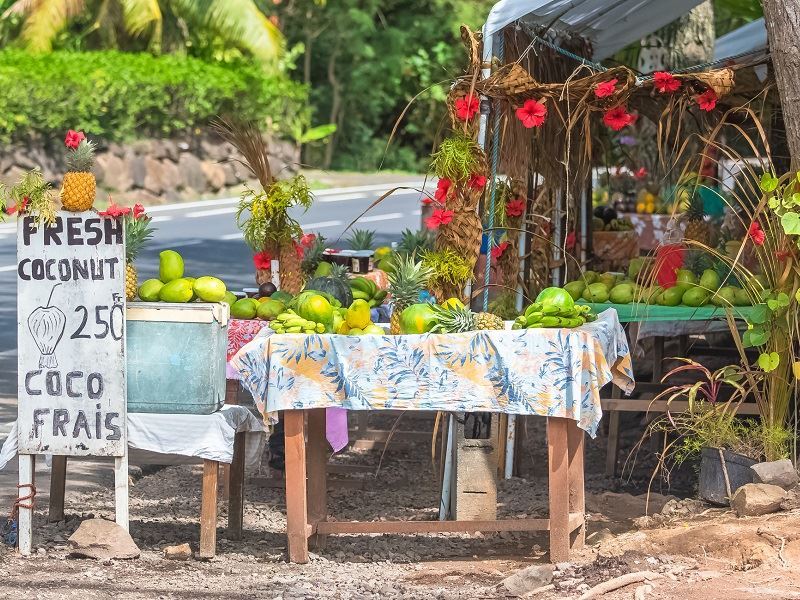 In this wonderful ‘Garden of Eden’, it’s no surprise that fruit and vegetables are a key component in Tahitian cuisine. Modern-day cooking is a blend of European (mainly French) and Asian as well as Ma'a Tahiti (traditional Tahitian food). The legendary breadfruit plant or ‘uru, the coconut, dozens of varieties of bananas and root vegetables are all used in island cuisine. Take your pick from papayas, mangos, pineapples, watermelon, grapefruit, limes and vanilla pods – delicious ingredients for tasty Tahitian deserts.

Taste tropical food cooked in traditional ahima’a, Polynesian ovens and eat fresh fish from the lagoons and an ocean, brimming with perch, mahi mahi, tuna and parrot fish. Fish is often eaten raw, or marinated in lime juice and coconut milk, as in their famous signature dish of ‘poisson cru à la Tahitienne’.

The best way to immerse yourself in the culture of a destination is to chat with the locals and sample the local cuisine. A fun way to do this in Tahiti is by attending a Tahitian feast, called a tamara’a.

No trip to Tahiti would be complete without tasting genuine Tahitian Food. Taste mouth-watering pork cooked in a Ahima'a and visit roulettes for tasty, inexpensive street food. Here are our favourites - a selection of must-try dishes you won’t want to miss.

Poisson cru is the Tahiti’s national dish and consists of a delicious blend of raw fish, diced vegetables, marinated in lime juice and soaked in coconut milk. Sweet, tender and exotic – give it a go, you won’t be disappointed. 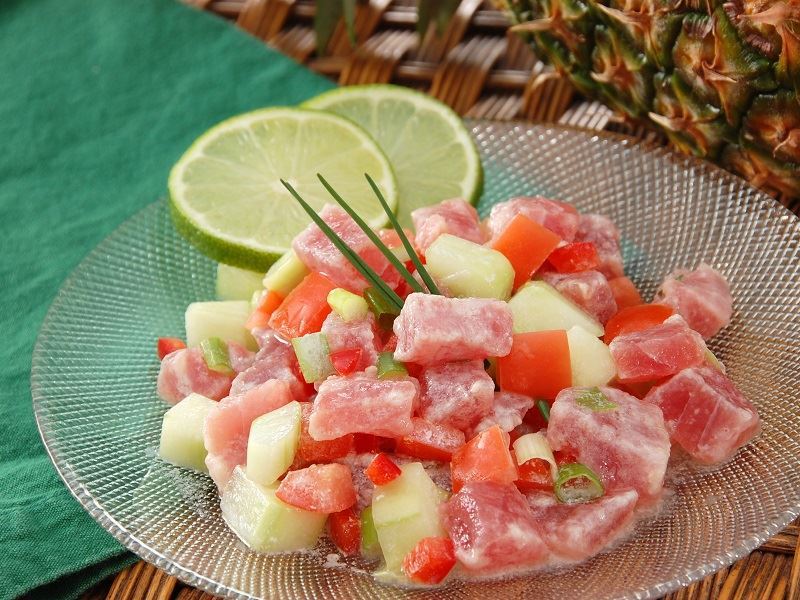 Chevrettes are another popular Tahitian dish. These tasty freshwater shrimps are cooked in vanilla, coconut and rum - a rich creamy sauce to die for.

Poe is the best known Tahitian dessert.  Every amura'a (meal) should be followed by a rich island inspired sweet dish and Poe is the ultimate choice. Try this sweet pudding made with taro root, flavoured with mashed banana, vanilla, papaya or pumpkin and topped with a rich coconut-milk sauce.

The ahima’a in ancient Tahitian comes from “ahi” meaning “fire” and “ma’a” means “food”. It was customary for the Polynesians to do the ahima’a on Sundays, a tradition brought to the islands by Catholic missionaries. Most families had a ahima’a; a 20-inch deep hole in the ground where wood and coconut husks were burnt and covered with volcanic stones to create a high heat. A layer of green banana leaves was put on top, then the food which was covered by more banana leaves and coconut bags to seal it all in. Finally, the oven had a layer of soil added to create the steam and lovely smoky flavour. In the early days of the ahima’a, food was wrapped in the leaves to protect, however, these days a casserole dish is more commonly used. The ma’a Tahiti or “Polynesian meal” usually includes fish, wild pig and fruits and vegetables like breadfruit and bananas. Traditionally, ahima’a is prepared on a Saturday, so it can be served at a feast for family, friends and neighbours, following church or temple on Sunday. The social feast is then followed by a traditional dessert called poe. 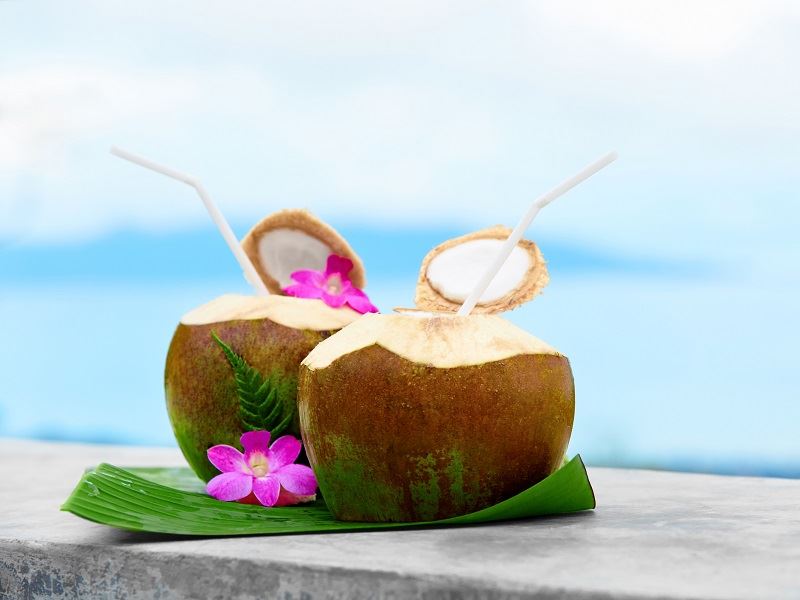