We all slump at our desks, dreaming of a stretch of sand, an expanse of sea and a fresh coconut with a straw. But the best beach holidays in the world have much more to offer than a picture postcard view and a refreshing drink. The heart and soul of a destination is defined by those who live in it and the best beach holidays are ones that offer a taste of a different way of life as well as an infinity pool with a bar.

Connected to the Malaysian mainland by an 8.4 mile bridge, the island of Penang located just off the north-west coast of Peninsular Malaysia is one such destination where travellers can enjoy the sea, the sun, the sand and that all important something else. 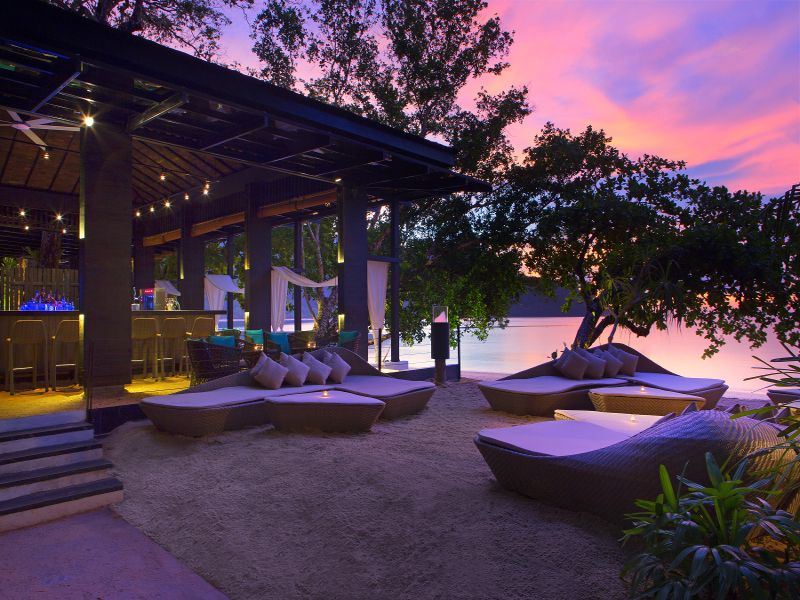 Batu Ferringhi Beach
The most popular beach in Penang is the stretch found at Batu Ferringhi and, unsurprisingly, this is where the majority of the island’s luxury resorts can be found. The coastline here is a series of sweeping curves with white sandy coves framed by large boulders that jut out into the emerald sea. The beach scenery and sand quality are as idyllic as you imagine but the sea isn’t fit for swimming as there is a danger of jellyfish. Ferringhi means foreigner in Malaysian and like ‘farang’ in Thai has come to refer to Western foreigners in particular. Batu Ferringhi does attract a large number of western tourists and as a result is a lively place with lots of entertainment venues, restaurants, bars and the obligatory night market.

Tanjung Bungah, Teluk Bahang and Taman Negara Pulau Pinang National Park
For a smaller and less lively version of Batu Ferringhi venture a few miles east to Tanjung Bungah, a small suburb popular amongst ex-pats with its own hidden stretch of beach set back amongst lush greenery. Alternatively, travel past Batu Ferringhi to the village of Teluk Bahang. At the northernmost tip of the island, Teluk Bahang is a small fisherman’s village right next door to Penang National Park. Although currently the world’s smallest national park, Taman Negara Pulau Pinang contains wetlands, mangroves, mudflats, coral reefs, turtle nesting grounds and a rare meromictic lake. The tiny hidden beaches of Teluk Duyung, Pantai Kerachut and Pantai Mas are only accessible via trails around this park.

Teluk Kampi Beach and Monkey Island
If a few hours hike in Malaysia’s incredible humidity isn’t your cup of tea then head to Teluk Kampi beach. The longest stretch of beach in Penang National Park and a turtle breeding ground in March and April, this beach is accessible in twenty minutes by boat. You can also access the idyllic ‘Monkey Beach’ from Teluk Bahang harbour. There are few tourist amenities and no hotels in Teluk Bahang and no facilities at all on Teluk Kampi and Monkey Beach so arrive prepared to spend the day.

The wonderful thing about Penang is that it’s so small that you can get from one side of the island to the other in a day and most parts of the island are accessible for a day-trip. There’s even a local bus that takes a scenic coastal route from the bus station in the south of the island to Teluk Bahang way up in the north, via Batu Ferringhi, all day long.

George Town
While Penang’s many, diverse beaches are more than enough to get you to the island, it is Penang’s historic district of George Town that will make you want to stay. Founded in 1786 by Captain Francis Light of the British East India Trading Company, George Town became one of the most prosperous trading ports in South East Asia in the early 19th century and attracted settlers from all over the world.

Today the colourful history of these settlers, who transformed a swampy patch of land into a gloriously diverse city of architectural treasures, is protected by UNESCO world heritage status, an accolade that has thrust George Town into the tourism limelight and helped it to become one of Malaysia’s top attractions. The sights worth seeing are too numerous to mention but my personal highlights include The Blue Mansion of Cheung Fatt Tze, Fort Cornwallis, Kek Lok Si Temple (the largest Buddhist temple in Malaysia) and Khoo Kongsi Clan House. George Townians are pretty serious about their cafe culture so you’ll never be far from a re-fuelling station while you sight-see.

Besides George Town, which you’ll want to spend days exploring, Penang is also home to a number of huge shopping malls, an international stadium, botanical gardens and Penang Hill, which comes complete with a thrilling cable car ride. And have I mentioned that Penang is unanimously recognised as Malaysia’s capital of food?