A first-timer's guide to holidaying in Malaysia

Malaysia is a fascinating blend of landscapes, cultures and exotic wildlife. Split into peninsular Malaysia and Malaysian Borneo, you’ll find everything from highlands to tropical islands, ultra-modern cities and some of the world’s oldest rainforests. Visit UNESCO towns full of colonial architecture, spot orangutans in Borneo, soak up the sun on golden beaches and check out the Petronas Towers in Kuala Lumpur. From what to eat, how to get there and when to visit, here’s our guide to exploring Malaysia. 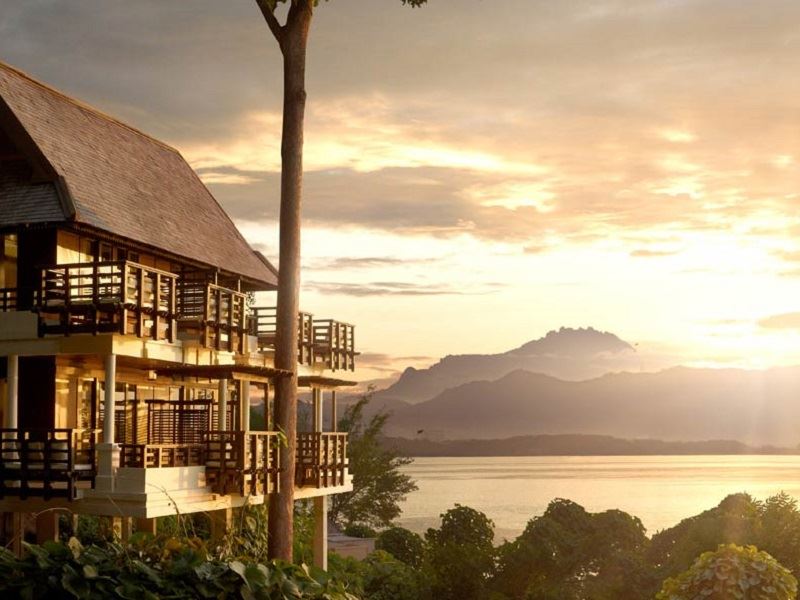 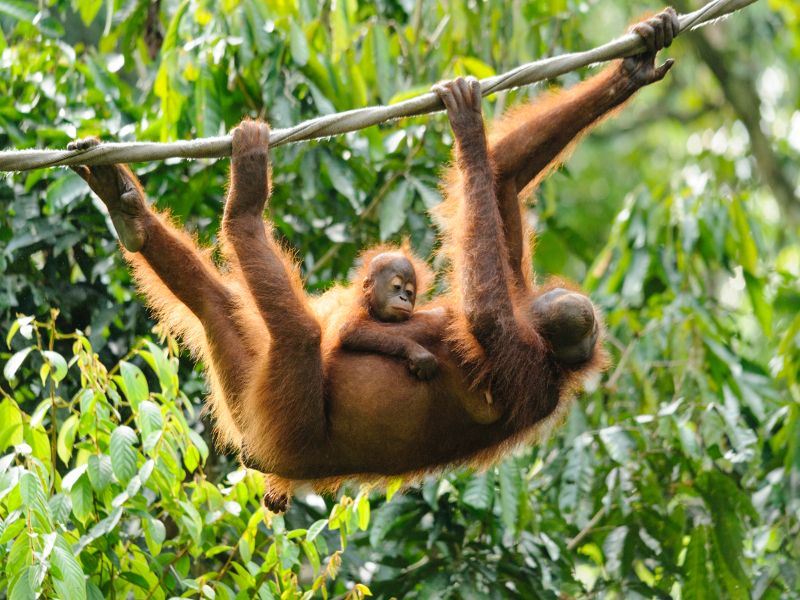 When to go to Malaysia

Malaysia has a tropical climate and is warm and steamy throughout the year. Expect humidity and occasional downpours whatever month you visit, but it’s best to avoid the worst of the monsoon periods, which occur at different times depending on region:

Roughly speaking, the most ideal time to visit Malaysia weather-wise is between March and October. You can also experience some great festivals if you visit in January and February, most importantly the Chinese New Year celebrations.

If you travel during the month of Ramadan, usually falls over May and June, be aware that some Muslim-run restaurants may be closed during the day. The evenings, especially just after sundown, can be extremely busy in restaurants as people break their fast, traffic and transport may also be worse. While it’s fine to visit restaurants in the daytime during Ramadan, it’s not polite to eat and drink in the streets.

Temperatures in Malaysia sit at a constant 30 degrees Celsius during the day and it’s hot and humid all year-round. Rainy season brings heavy afternoon showers between November and February, especially on the east coast of peninsular Malaysia and the western tip of Sarawak. September and October are the wettest months on the west coast of the Peninsular and in Sabah and Sarawak, January is the heaviest month for rain. 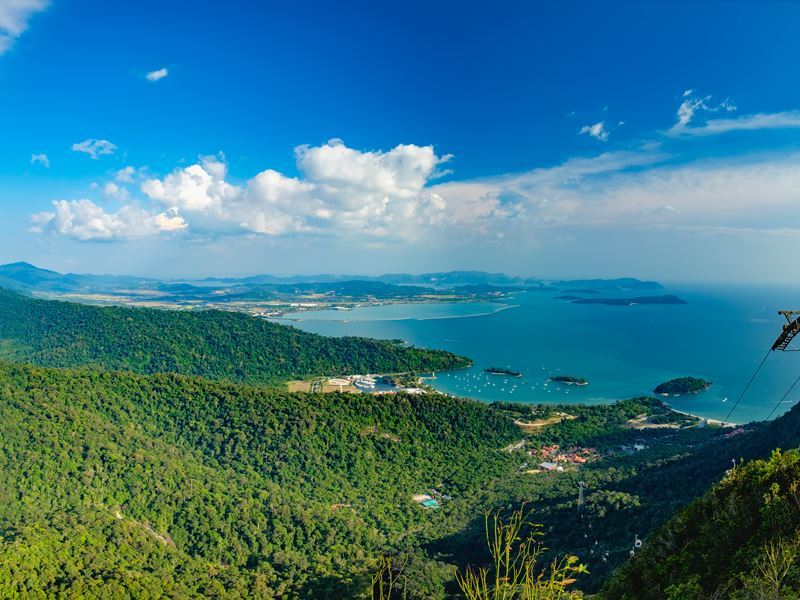 Direct flights go from London Heathrow to Kuala Lumpur daily with British Airlines and Malaysia Airlines and take around 13 hours. You can also get cheaper, yet longer, connecting flights to Malaysia with companies such as Emirates, Oman Air, Etihad, KLM, Qatar Airlines and Cathay Pacific. These operaters offer daily services to Kuala Lumpur from several UK cities via places like Dubai, Istanbul, Amsterdam, Doha and Hong Kong. Why not have a stop-over in one of these destinations to extend your trip?

Once you arrive in Malaysia, it’s quick and easy to take an airport taxi to your hotel or catch a connecting flight somewhere else in the country, such as Penang. If you want to explore more of Southeast Asia, combine your trip to Malaysia with a visit to one of its neighbouring countries. There are cheap flights from Kuala Lumpur to places like Thailand, Singapore, Indonesia and Brunei. 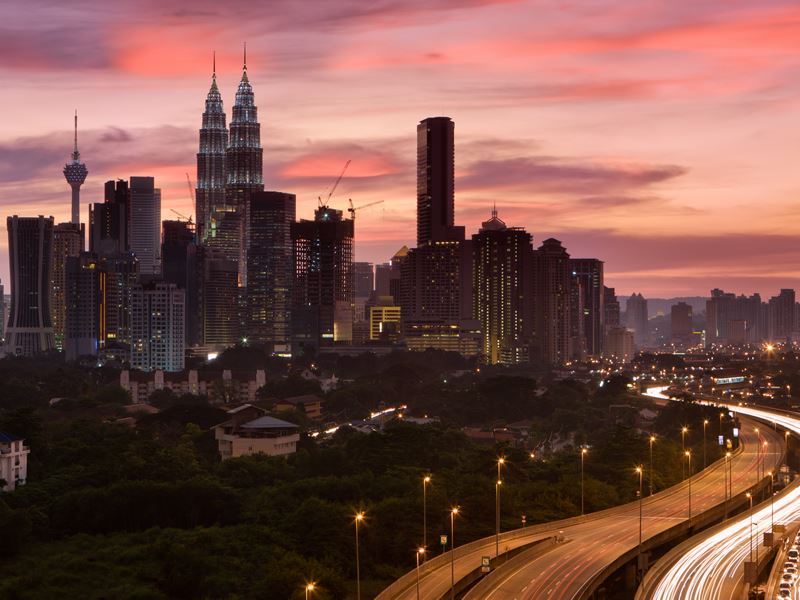 British citizens don’t need a visa to visit Malaysia and they’re permitted to stay for up to three months for free, including children. When you enter the country, you’ll get a 90-day stamp in your passport. Make sure that before you travel, you have six months validity in your passport or you may be denied entry. If you’re travelling between peninsular Malaysia and Malaysian Borneo you’ll also need to show your passport. While not a requirement, it’s a good idea to print out proof of your return flights or onward travel plans.

Malay is the official language, although English is widely spoken, especially in tourist hotspots and cities. You may struggle to communicate with locals in rural areas, where they don’t speak much English. Here are some useful Malay phrases to use on your trip:

•    Internal flights – Kuala Lumpur is one of the biggest flight hubs in Southeast Asia and you can find extremely cheap flights from there to a variety of domestic destinations, sometimes for less than £20. Popular airports in Malaysia include Langkawi, Penang, Kuching, Kota Kinabalu, Malacca and Sandakan. These destinations are all accessible in less than four hours from Kuala Lumpur. For instance, it takes under three hours to fly from Kuala Lumpur to Kota Kinabalu in Borneo. Popular airlines include Air Asia, Malaysia Airlines and China Southern, book in advance for the best deals.

•    Train – peninsular Malaysia has a state train system run by Keretapi Tanah Melayu, which even goes as far as Singapore and Thailand. Stops include Kuala Lumpur, Butterworth Station for Penang, Ipoh for the Cameron Highlands and Pulau Sebang for Malacca. In Borneo, the North Borneo Railway runs between Tenom and Beaufort. Fares are reasonable and you’ll enjoy air conditioning and beautiful countryside views. Choose from less-comfortable local trains or more luxurious express services, the newer Electric Train Service is the fastest option.

•    Bus – Malaysia has an extensive national bus network, with comfortable coaches operating services between all major towns and cities. You can buy tickets directly from the station, online or from your hotel. Most services have air conditioning and provide rest stops on longer journeys. Prices are very cheap, less than £10 one way, but vary depending on whether you opt for local services or executive coaches. The most luxurious and expensive options from companies like Aeroline and First Coach have on-board toilets and TV’s.

•    Boat – although there are no boat services between peninsular Malaysia and Borneo, there are ferry services to offshore islands. Boats go from the mainland to Langkawi, Penang, Tioman, Pangkor and the Perhentian Islands. In Borneo, you can travel from Pulau Labuan in Sabah to Kota Kinabalu, Menumbok and Sipitang. Some riverboat services are available in Sarawak.

•    Car – it’s possible to rent a car or take a long-distance taxi in Malaysia. This is a more expensive option, but roads are decent and fuel is relatively cheap. Make sure you have an International Driver’s Permit, insurance and know the local road rules. 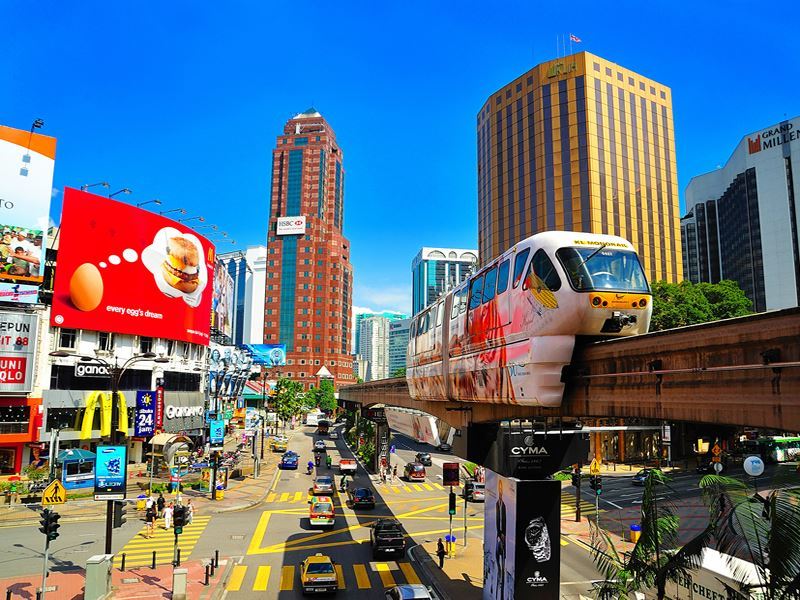 The currency is the Malaysian Ringgit. It’s easy to withdraw money from ATM’s, which are common throughout the country, especially in towns and cities. You can also pay by card in some hotels, restaurants and shops but there’s usually a small charge. Be aware that you may be charged a foreign transaction fee when you use ATM’s. Your UK bank might also have overseas charges, check with them before you travel and let them know your plans so they don’t freeze your card for suspicious activity. It may be more cost-effective to order your currency in the UK before you leave.

Malaysia uses 240 volts and a frequency of 50Hz but UK-style three-pinned plugs are used, so you won’t need an adapter.

The UK NHS recommends booking a check-up with your GP before you go abroad and taking out comprehensive travel insurance. Your doctor will be able to tell you if you need updates on routine vaccinations such as diphtheria-tetanus-polio and the measles-mumps-rubella. In addition, you will need the following immunisations:

Other recommended vaccinations for Malaysia include:

•    Hepatitis A
•    Hepatitis B
•    Tuberculosis
•    Japanese Encephalitis
•    Rabies – if you’re likely to come into contact with animals, such as on a volunteer placement

There’s a small risk of contracting malaria in mainland Malaysia and Borneo, especially in jungle areas. The Zika Virus and Dengue Fever are also present across the country. You should avoid mosquito bites as much as possible by covering up in the evenings and in forested areas. Always use insect repellent with DEET.

Malaysia is eight hours ahead of GMT.

The Chinese Lunar New Year, in either January or February, and Ramadan are both important events in Malaysia. Be aware that during Ramadan, there may be restrictions on alcohol and restaurants may be closed until sundown. In July, the Rainforest Music Festival is held near Kuching which showcases indigenous performers as well as bands from all over the world. 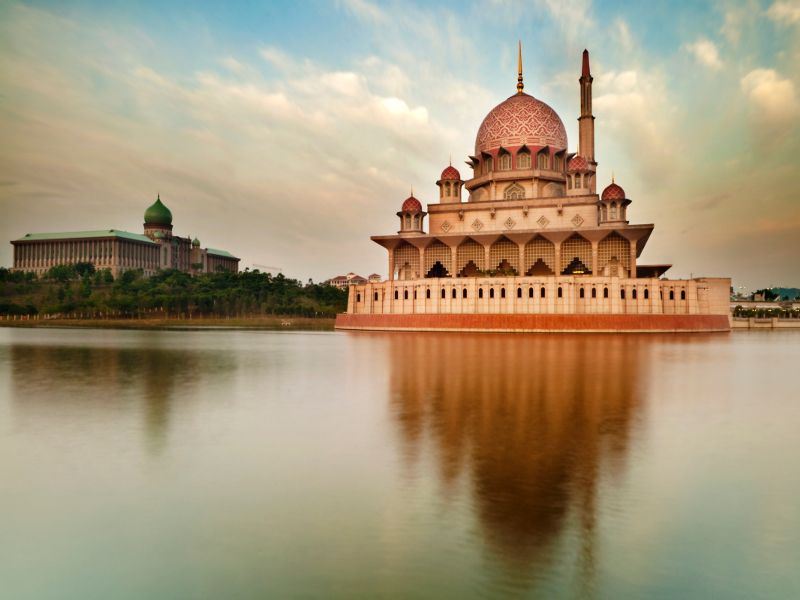 Malaysia’s multi-ethnic culture makes for a complex cuisine which is renowned for its excellence around the world. Sample a mix of Chinese, Indian and Malay dishes from local street-food stalls as well as sit-down restaurants. Roti Canai is a typical breakfast of Indian flatbread served with curry and dhal, while satays make for cheap snacks. Try Nasi Kandar, a Malay selection of curries and rice, Indian Banana Leaf Curry and Chinese Bak Kut The, which is slow-cooked fatty meat.

For religious reasons, drinking is often banned outside of bars and clubs in Malaysia and sometimes forbidden in rural areas. If you’re looking for nightlife, you’ll find up-market bars and clubs in Kuala Lumpur and pubs and karaoke bars in Penang. Kota Kinabalu has a live music scene, while beach spots like Langkawi and the Perhentian Islands have some laid-back beach bars. 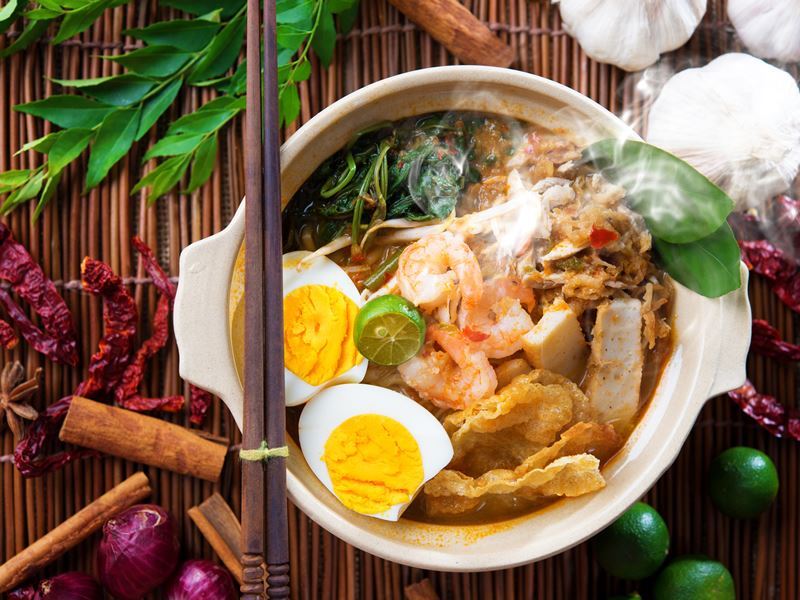