A first-timer's guide to holidaying in China

China is one of the largest and most diverse countries in the world, an economic and cultural powerhouse with never-ending treasures to explore. Visit UNESCO sites like the Terracotta Warriors and Forbidden City, walk along The Great Wall, sail down scenic rivers and visit ultra-modern cities. Given its size, planning a visit to China can be daunting, so check out our trip-planning guide for information about flights, visas, vaccinations, how to get around and more. 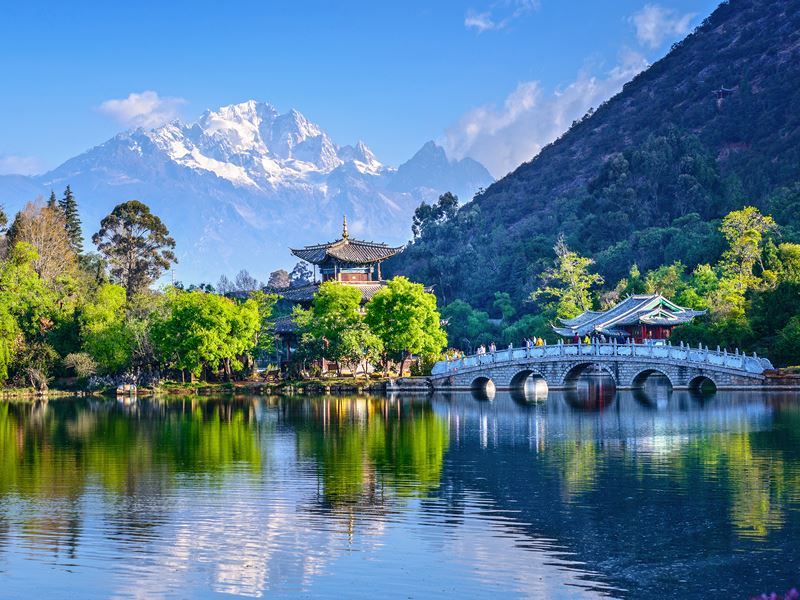 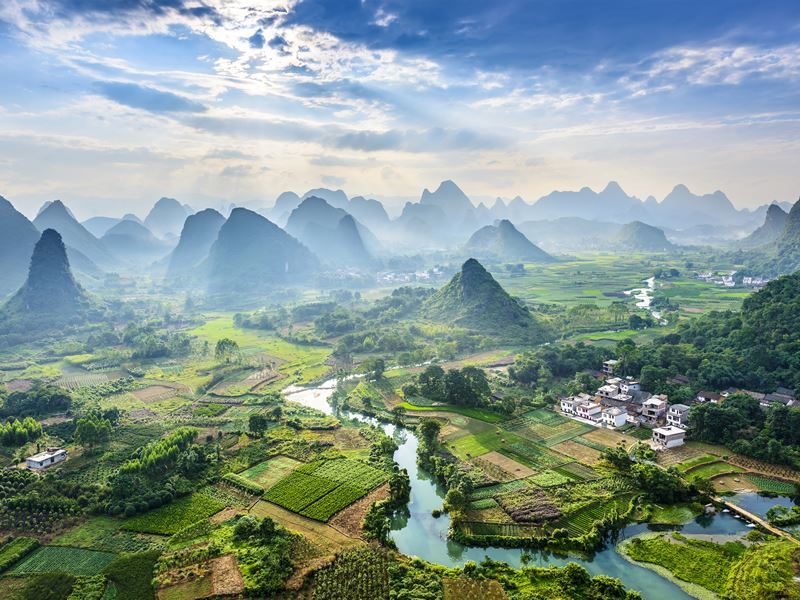 When to go to China

The best times to visit China are in the early spring and autumn, from February to April and September to October, when the weather is most pleasant. It’s extremely busy in China during the country’s following major festivals, when transport becomes crowded and expensive:

•    The Chinese New Year (Spring Festival), which takes place in January or February, according to the Lunar calendar. Festivities take place all over the country for a month
•    National Day, on the 1st of October, kicks off a week-long national holiday
•    May Day (Labour Day) falls on the 1st of May

If you do choose to visit China during these festivals, plan to stay in one place and book your accommodation well in advance.

China has a diverse climate, from Siberian temperatures in the north to a subtropical climate in the south. The weather varies throughout the year by region:

•    Northern China – winters are long and cold, lasting from October to April with temperatures plummeting to minus 33 degrees Celsius. In early spring and late autumn, the weather is warm and dry, while summers are mild and feature heavy rains from June to August.
•    Central China – monsoon season is incredibly humid and lasts from June to September. In winter, temperatures can drop to zero.
•    Southern China – winter temperatures can drop to 10 degrees Celsius, while summers are hot and wet. Monsoon season along the south-east coast falls between June and September. 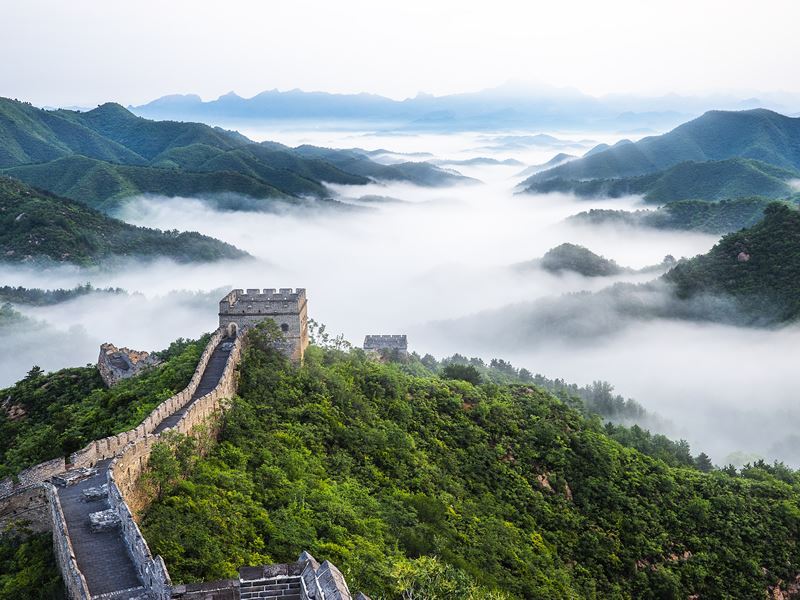 Direct flights from the UK to China leave from Heathrow. It takes 11 hours to fly to Shanghai and 10 to Beijing. There are daily services for these routes with airlines like Virgin Atlantic, British Airways, Air China and China Eastern. If you’re flying from Manchester, Hainan airlines goes direct to Beijing in just over 10 hours, four days a week. It’s easy to arrange transfers via taxi or private car from the airport to your hotel in China.

You can also take connecting flights to China that go via destinations such as Hong Kong, Doha, Dubai, Helsinki, Munich and Zurich. To break up the journey, stop en-route to do some sightseeing in one of these destinations. Other nearby countries to visit from China include South Korea, Taiwan and Vietnam, which are accessible via a short flight. 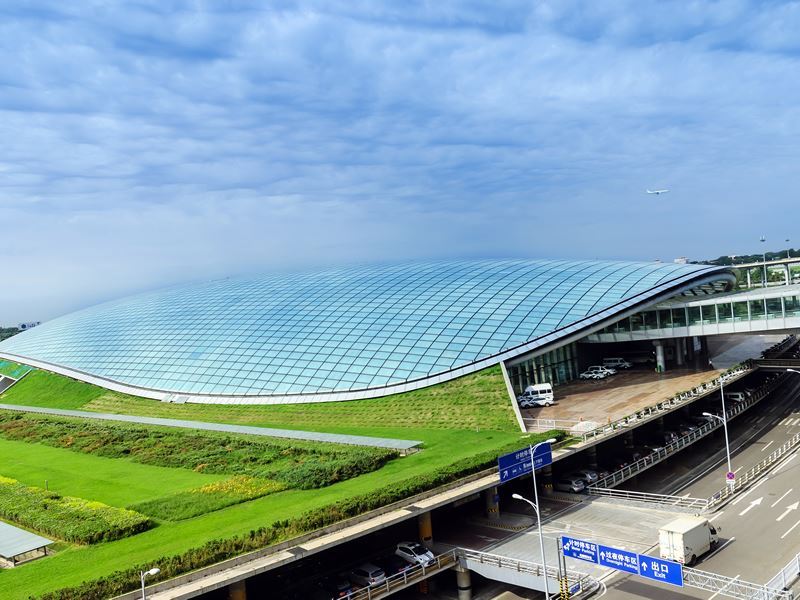 To visit China, you’ll need to apply for an L (tourist) visa from the Chinese embassy before you travel. You can do this by making an appointment with the Chinese Visa Application Services in London, Manchester or Edinburgh via http://www.visaforchina.org/. To apply you will need:

•    Your passport with at least six months’ validity from the date your visa expires, or nine months if you want a double-entry visa. It must also have a blank page for the visa
•    A photocopy of the photo and data page of your passport
•    A recent passport photo
•    Completed visa application form
•    Documents detailing your China itinerary, including return or onward flights and hotel bookings. If you’re applying for a double entry visa you’ll need to prove all dates of entry and exit
•    An £85 visa fee and £66 standard service fee

In addition, you may be asked to attend an interview or verify the signatures on your application in person at the Chinese Embassy or Chinese Consulate General. Your visa should be ready after four working days. If your child has a separate passport they’ll need a visa, they won’t need one if they’re travelling on your passport.

Mandarin is the official language in China, with many regional dialects. English is not commonly spoken so it can be hard to communicate with locals, although you will find some English in tourist areas and hotels. It’s a good idea to learn a few Chinese phrases for your trip like:

•    Internal flights – China has an extensive domestic air network and flying is an ideal way to get around if you want to sample different parts of the country. Flights go to and from many cities with companies like Air China, China Southern Airlines, Shanghai Airlines, Hainan Airlines and Tibet Airlines. You can buy tickets online, from tour agents or airline offices. Popular destinations include Beijing, Shanghai, Xi’an, Chengdu, Chongqing, Guilin and Taiyuan.

•    Train – China has one of the largest rail networks in the world which stretches to most towns and cities. Travel in comfort alongside locals and catch a glimpse of the countryside. Train is one of the cheaper modes of transport in China and you can book tickets at the station, online or through a hotel or tour agency. The fastest options are bullet trains or D, G and C class trains and for a scenic journey, take the Trans-Mongolian or Trans-Manchurian lines. There are four ticket classes on regular trains ranging in price and comfort: soft sleeper, hard sleeper, soft seat and hard seat.

•    Bus – is the cheapest and most long-winded way to get around. Ordinary buses are cheap but uncomfortable and slow, so it’s worth paying more for faster express buses with better amenities such as air conditioning and heating. Sleeper buses are another option for long distances, although they can be cramped and uncomfortable. For short journeys, you can hop in a cheap, shared minibus. Tickets are available from stations or tour agencies.

•    Boat – the most popular boat trips in China are cruises down the River Yangtze, passing the Three Gorges and the dam. The Li River in Guangxi province is also a favourite, as well as boat trips in Hong Kong’s Victoria Harbour. Although not a common way to travel, there are passenger ferries with routes from Hong Kong to Macau and to isalnds such as Hainan and Putuoshan. 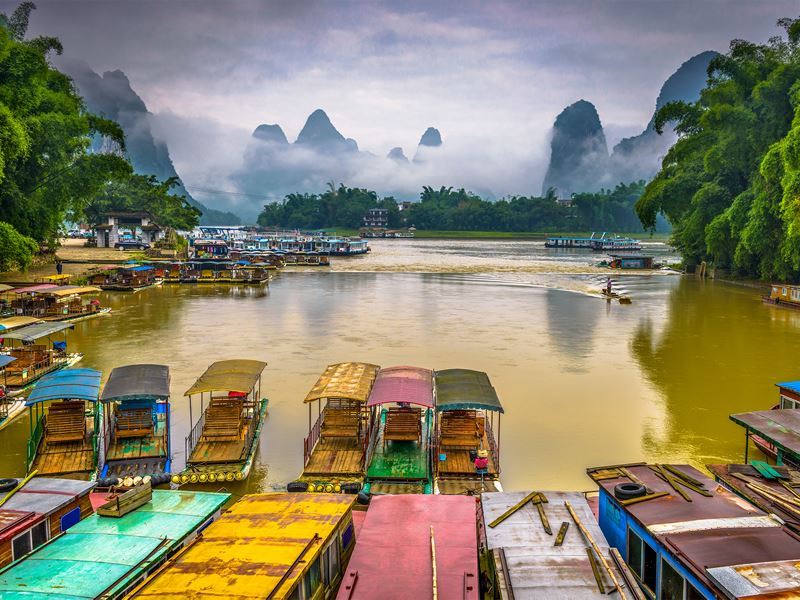 The Yuan Renminbi is used throughout China. There are ATM’s in all cities and credit cards are accepted in most places, along with online payment systems like WeChat Pay. Be aware that there may be foreign transaction fees for using your card in China, your UK bank may also charge a fee. Always inform your bank if you’re going abroad so they don’t stop your card due to suspicious activity. Counterfeit bank notes can be a problem in China, be vigilant about this.

China uses 220 volts with a frequency of 50Hz. Take a European-style, two-pinned flat or round adapter. Australian-style, three-pinned flat plugs are also used.

Before you travel to China, visit your GP to check whether you need any vaccinations and take out comprehensive travel insurance. Your routine immunisations such as diphtheria-tetanus-polio and measles-mumps-rubella should be up-to-date and you’ll need the following vaccinations:

The following immunisations are also recommended:

There is Dengue Fever in China and a low risk of malaria, so you should avoid mosquito bites by covering up in the evenings and using insect repellent with DEET, especially in rural areas.

China is eight hours ahead of GMT.

China has a calendar full of festivals and celebrations, the biggest is the Chinese New Year, also known as the Spring Festival, which dates back over 4,000 years. The date is determined by the Lunar Calendar but usually falls in January or February with a two-week celebration including parades, fireworks, dragon dancing and family get-togethers.

Chinese National day on October 1st celebrates the founding of the People’s Republic of China and is part of a week-long national holiday. Other events in China include the Mid-Autumn Festival, Duanwu Dragon Boat Festival and the Qingming Festival in April, which is known as Tomb Sweeping Day for families to remember their ancestors. 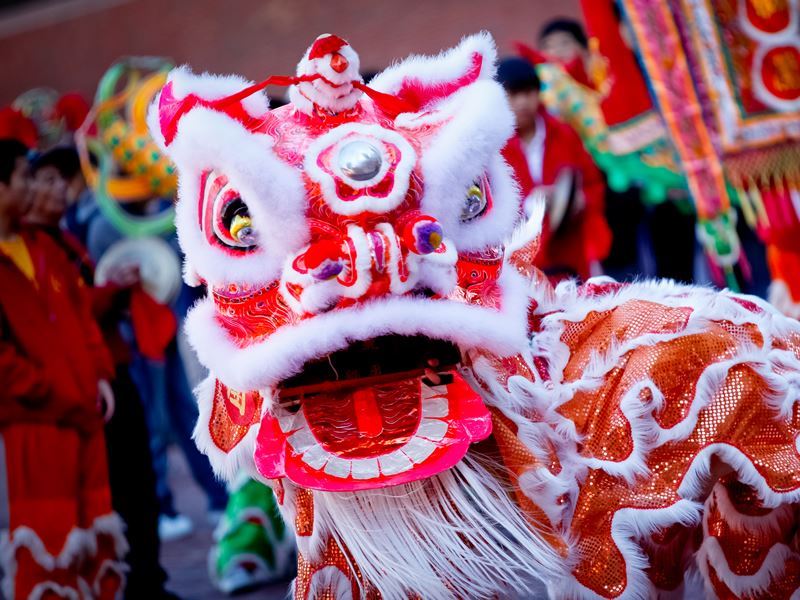 China boasts one of the most famous cuisines in the world, with plenty of regional varieties and specialities. Expect lots of rice, noodles, dumplings and of course, dim sum. You can pick up cheap snacks at street-food stalls, visit canteen-style eateries or more formal restaurants. Many menus have pictures of the dishes to help you order. Popular meals include sweet and sour pork, wontons, spring rolls, chow mein and Sichuan-style Kung Pao Chicken.

When it comes to nightlife, there are modern, western-style bars in China’s major cities which sell imported drinks. You can also find nightclubs and chic rooftop bars in cities like Beijing and Shanghai. Beer is usually served with meals in China and brands such as Tsingtao are widely available. Try some rice wine if you’re in the mood for something strong, imported wines are available but are more expensive. 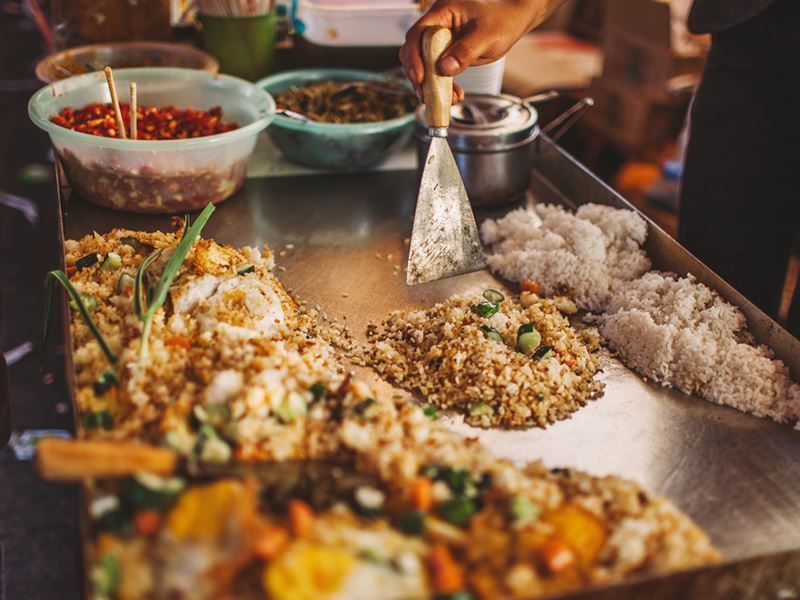