Chris and Allyson travelled on our Cape Town, Blue Train and Safari self-drive tour. Here's what they had to say: 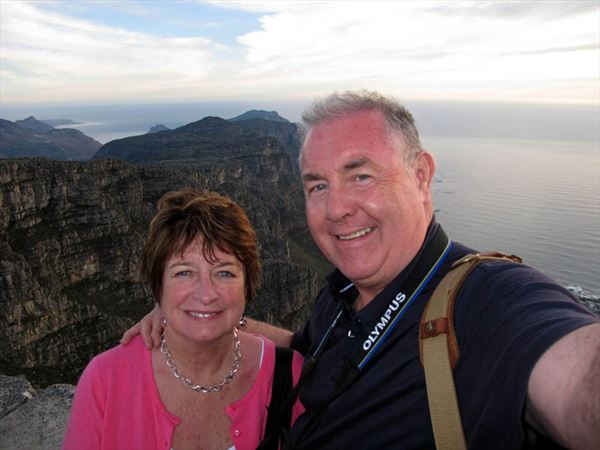 It was the first time Allyson and myself had been to South Africa but it definitely won't be the last!

In recent years we've been to Vietnam and Cambodia, Australia, Florida Keys, Cuba, Tobago and on a couple of Mediterranean cruises. We also like short breaks and went to Marrakesh a couple of weeks ago.

We chose our African holiday with Tropical Sky because the itinerary was really interesting, and because it was a very competitive price. It was our first Safari trip.

The itinerary was nicely varied with a few days in Cape Town with a car, so we were able to get Hermanus Bay, Camps Bay, Table Mountain and Stellenbosch wineries. 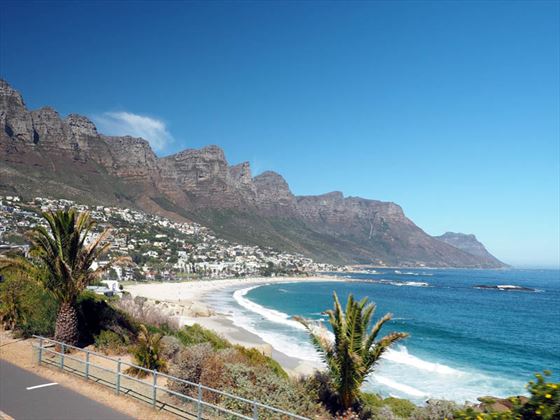 Cape Town is a fantastic city with so much to see, and a highlight was when we took the 'Huey Combat Experience Flight' in a genuine Vietnam war helicopter which was an absolutely breathtaking flight which gave aerial views of the city, but also included skimming low over the surf (think Apocalypse Now). I have flown in, and filmed from, a wide variety of helicopters but this was the best flying of all and I can thoroughly recommend it. 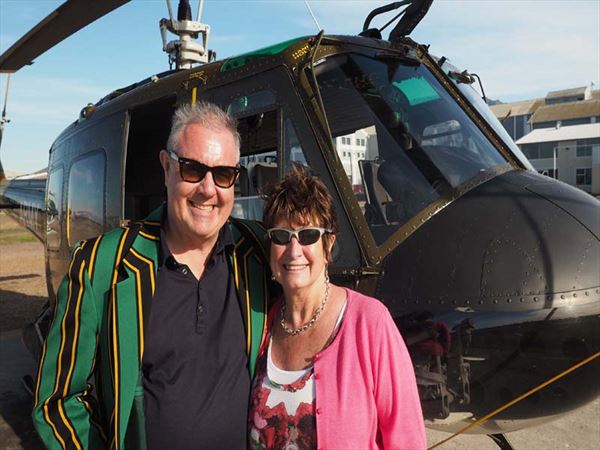 However, the very, very best memory of our holiday was, of course, the 36 hours we spent aboard 'The Blue Train' travelling from Cape Town to Pretoria. With our own Stateroom and Bathroom (not shower) it was sheer luxury, with a dining experience to match. A few hours out of Cape Town the train stopped at Matjiesfontein, where we were invited to disembark and enjoy a 'whistle stop' tour (5 minutes!) aboard an old London Routemaster bus of a town which is the birthplace of cricket in South Africa. We also enjoyed a complimentary sherry (and free Blue Train sherry glass) in the only hotel in town. Later, back on board, having afternoon tea, we listened, spellbound, as the Blue Train Manager told us how he had personally looked after the welfare of Nelson Mandela on the Blue Train, during his historic journey to Pretoria following release from Robben Island prison. Memorable. 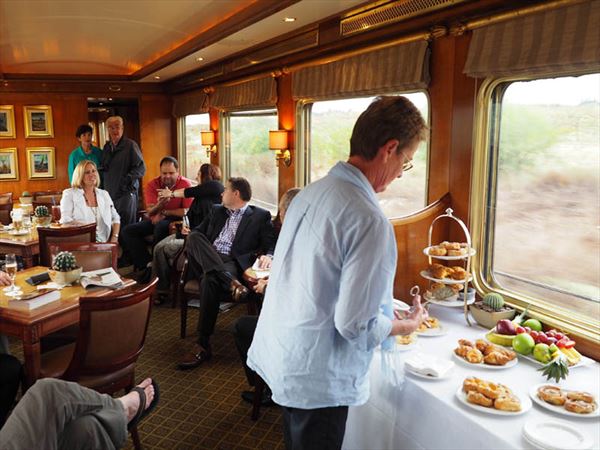 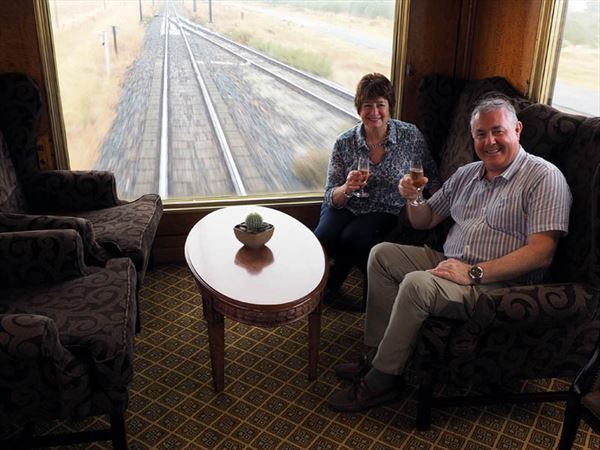 All the accommodation on the holiday was well chosen, but The Royal Swazi Sun, adjoining an international standard golf course, was particularly welcoming, with it's beautiful outdoor swimming pool and a casino, which enabled Allyson to lose a bit of Swazi currency!

We enjoyed two safaris, one at Kruger and one at Mkkuze, Kwazulu, and saw everything but lions. A huge herd of elephants, including bulls and babies, in the wild was an amazing sight, but so were the Water Buffaloes. The giraffes simply ignore you, and the rhino are happy to cross the road (slowly) right in front of your vehicle. Visiting a water hole early in the morning - as we did at Mpumalanga - is a must. The variety of animals drinking side by side is wonderful to see. 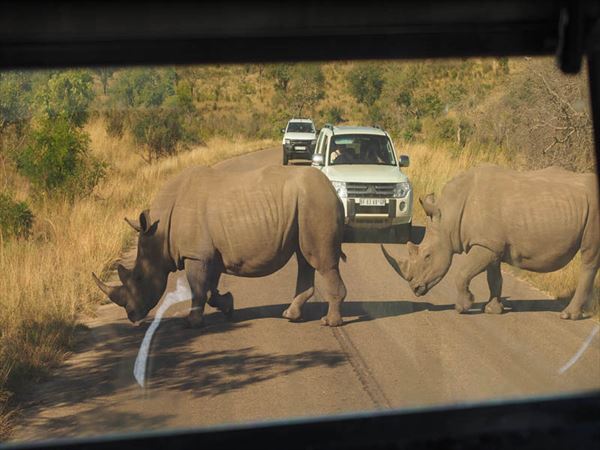 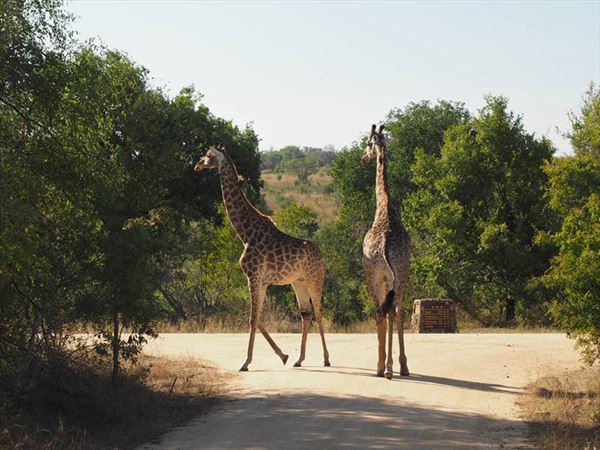 Our trip included a second hire car, and we drove all the way from Kruger, through Swaziland and Kwazulu Natal, and saw some fabulous scenery en route. 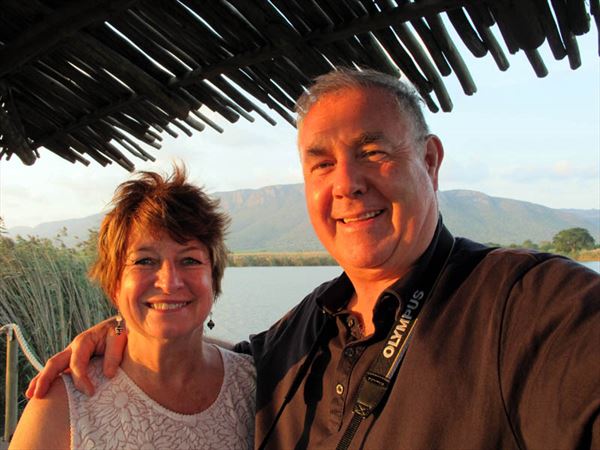 Two weeks was obviously not enough, and we intend to return soon. The itinerary provided by Tropical Sky was outstanding and we may ask for similar variety, but covering different locations next time. For example, we'd like to see the battlefields of Rorke's Drift and Isandhlwana which we couldn't quite squeeze in on this trip.

I can't say that we had any prior misgivings, but I can say that we really recommend the trip to travellers of all ages.

We can also recommend Hertz car hire company  - they were a pleasure to deal with throughout. They were efficient and quick, and gave us cars that were practical, and low petrol consumers.

We would like to thank Chris & Allyson for sharing their story with us and hope to welcome you on another holiday soon..