Top 10 party cities in the world

From hip bars and the hedonistic superclubs of Ibiza to the gastropubs of Sao Paulo and big-name jazz clubs of New York, we have scoured the best nightlife destinations on Earth to showcase the top 10 party cities in the world. 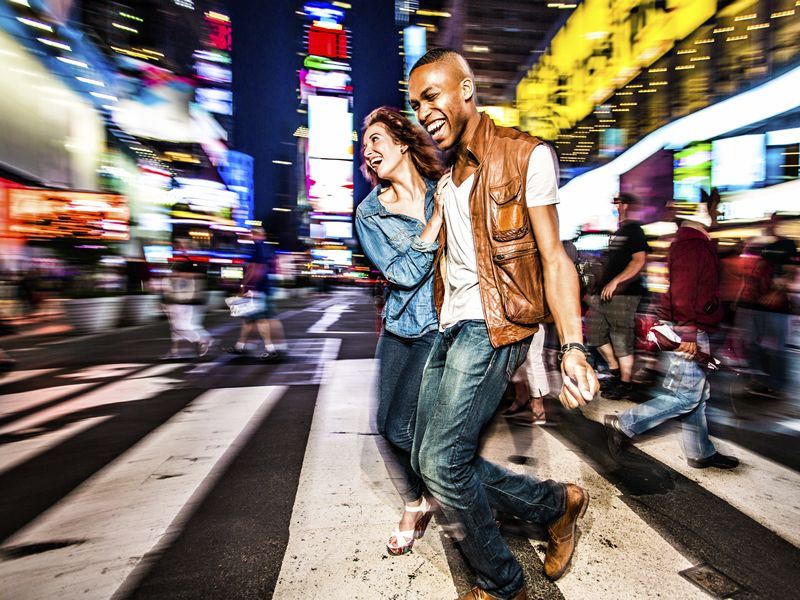 Why: Montréalers have a passion for partying and the city tempts with a mix of edgy, easygoing and exotic clubs and bars. Start with cocktails at the on-trend bars around St-Laurent and St-Denis and continue onto Saint Catherine Street, the Plateau, Mile End and the Gay Village.

Where to drink: Bily Kun on 354 Mont-Royal Avenue East rules the Plateau scene and wows the crowd with its ostrich head wall décor and nightly DJs. Try Baracca for 50 different varieties of rum and tasty tapas and don’t miss Le Lab for a peculiar artfully-crafted cocktail menu devised by expert mixologists.

Where to party: Get your groove on with the likes of Justin Timberlake at Saint Laurent’s hip-hop supper club Buona Notte, a neon pink lounge that has been luring A-listers and Montreal’s elite since 1991. Another flytrap for late-night party revelers is Suco, a chic party and DJ-spun dance lounge located within the Opus Montreal that plays acid rock, hip-pop and indie classics.

Where to crash: Located in the city’s historic Banque du Canada building close to Old Montreal, W Montréal is a designer bolthole boasting 152 guest rooms (including three 1,000-square foot WOW suites), a sublime Away Spa and a multi-level cocktail lounge called Wunderbar for the nightlife-minded.

Why: Argentina’s hedonistic capital is packed with tango salons, pulsating techno clubs and intimate drinking dens where you can dance until the sun rises. From the high-end barrios of Puerto Madero and Recoleta to the action-packed Palermo district, the party scene here is never-ending.

Where to drink: Housed in a gorgeously converted Belle Époque-style mansion in the affluent Recoleta neighbourhood, Milión tempts socialites and jet-setters with an effortlessly cool vibe. Also try Carnal where the impressive roof terrace is always packed out with style-conscious Porteños.

Where to party: International DJs play to a crowd of around 3,000 at Crobar, a high-tech dance space with multiple bars and a performance stage. At the sizeable Pacha Buenos Aires, weekend techno-heads can enjoy strong drinks, an eclectic playlist and sets from the likes of Chemical Brothers, Paul Oakenfold and Fatboy Slim.

Where to crash: BoBo is a quirky ‘bourgeois bohemian’ boutique hotel with 15 guestrooms. The décor is influenced by arty themes that include Art Deco, Rustic, Vintage, Minimalist and Pop. Splash out on the Argentina Suite, a sumptuous space with a private balcony and Jacuzzi.

Why: This white-sand paradise becomes a crazed party capital for a few days every month during the Full Moon Party, a legendary all-night-long extravaganza that runs the length of Haad Rin. Drawing crowds of around 12,000 revellers in low season and up to 40,000 at New Year, the world’s biggest beach bash pulls some of the most famous DJs on the planet.

Where to drink: Pumping out a mix of amplified psychedelic trance, deep house, R&B and dubstep, Haad Rin’s waterside bars stay open until the small hours. If you prefer your cocktails a little more sophisticated head to The End at Candle Hut Resort in Thong Nai Pan Yai.

Where to party: The Full Moon Party dates back to 1985 when a few travellers threw a private party at a wooden disco near the beach from sunset on the evening of the full moon until sunset the next day. Nowadays what may look like drink and drug-induced chaos is a well-organised event with dancers, jugglers, fire shows and much-hyped lethal buckets of cheap alcohol to delight UV-painted partygoers.

Where to crash: Nestled into a hillside overlooking a crystal-clear bay, Santhiya Resort & Spa is an eco-chic oasis offering respite to hungover ravers. There are 99 Thai-style teakwood guestrooms and highlights include a private beach, a freeform swimming pool and the Ayurvana Spa for post-partying pampering.

Why: Luring partygoers with pounding music venues and trendsetting hotel bars that play on the appeal of celebrity punters, this hotter-than-hot city caters brilliantly for those plucky enough to blag their way onto the guest list.

Where to drink: Join A-list cocktail-sippers at the subterranean see-and-be-seen party space FDR at the Delano and wangle a table at the celebrity-laden Skybar at the Shore Club. Also try the gold-hued Coral Bar at Tides to sample mouthwatering rum-infused cocktails and the signature Tropical Popsicle Martini.

Where to party: For a dose of international DJ glamour head to Club Space (www.clubspace.com) in downtown Miami and the star-studded Mansion (www.mansionmiami.com) in the heart of South Beach. Serious clubbers should not miss SLS Hotel’s newly-debuted Hyde Beach - a huge indoor-outdoor poolside space where superstar DJs hit the decks.

Where to crash: The Sagamore is an aesthetic boutique Art Deco District property that doubles as an art gallery. There are 93 spacious and exquisitely-designed suites (including 15 two-story bungalows) and an innovative Art Video Lounge Bar with a great cocktail menu.

Why: The White Isle’s capital is all about hip bars and big-name superclubs that fulfill every wide-eyed dance devotee’s fantasy. Whilst not as hardcore as San Antonia, Ibiza Town has its finger firmly on the party pulse.

Where to drink: Head to La Cava in Vara de Rey, a slick illuminated bar with minimalist interiors, on-trend beats and creative tapas in the heart of Ibiza Town. Also try La Bodega in the town centre for cocktails, G&T and sangria.

Where to party: Space attracts big-name acts like The Chemical Brothers, Privilege boasts the biggest dancefloor in the world and Pacha rocks the scene with the world’s hottest DJs. Other rites of passage where you can watch huge stars hit the decks include Es Paradis, Amnesia, Ushuaïa Tower, DC-10 and Sankeys. Try to visit at least five, if not all.

Where to crash: Set in the heart of Ibiza Town just 100 metres from the marina, El Hotel de Pacha (owned by the superclub brand) embodies Balearic chic in its décor and design. There are 53 spacious state-of-the-art suites with private balconies, sleek poolside cabanas, a swim-up bar and a fabulous spa for post-clubbing chill-out. All guests get free entry to Pacha, naturally.

Where to drink: Suspended in the sky on the 63rd floor of lebua State Tower overlooking the Chao Phraya River, the oval-shaped Sky Bar serves Bangkok’s finest cocktails and sundowners. Also try the Water Bar on Rangnam Road – their ‘whiskey set’ (a bottle of Thai whiskey, Coke, soda water and ice) is superb.

Where to party: Bed Supperclub is a hyper-stylish complex with an art gallery, restaurant and nightclub boating a unique dining concept – guests are served dinner whilst lounging on soft white beds. Also try Royal City Avenue (RCA), the epicentre of Bangkok’s clubbing scene and home to the iconic Route 66 which hosts live band performances and caters for every music taste.

Where to crash: Boasting numerous accolades and superlatives, the Tower Club at Lebua is Bangkok's worst kept secret and if you're a fan of fabulous then make sure you check in for an unadulterated experience to truly savour.

Why: South America’s once-gritty concrete jungle is one of the world’s most vibrant metropolises and whilst it may lack the beauty of Rio it is right at the heart of hip Brazilian culture. The city packs in a dizzying array of experimental clubs, gastropubs and creative bars and takes partying very seriously.

Where to drink: Catering to the city’s bright young things, Bar Astor in the upscale Vila Madalena neighbourhood is an excellent bar with a resident mixologist and a speakeasy-style basement club. Also try Bar Brahma in Centro and Bar Mangueira in Pinheiros for danceable Brazilian beats, pre-club drinks and nightcaps.

Where to party: Electronic mega-club D Edge is a Sao Paulo forerunner where DJs serve up cutting-edge beats in a warehouse setting. Another futuristic dance powerhouse is The Week, the city’s best gay club that features a huge outdoor area, a swimming pool, three bars, a VIP area and two high-tech dance floors known as The Babylon and Colours.

Where to crash: Located on Rua Oscar Freire in São Paulo’s posh Jardins district, Emiliano is an impressive marble-and-glass tower with 57 well-sized guestrooms (including 19 suites) decked out in white and birchwood. There is a renovated rooftop spa and a helipad for guests that like to make an entrance.

Why: This once-quiet fishing village is the stomping ground for celebrities and their almost-as-famous friends who party here every summer. Channel your inner movie star by hanging out with the Cote d’Azur elite at a flashy post-beach bar or flashbulb-popping VIP nightclub.

Where to drink: Bar Sube on Quai de Suffren is a mojitos-and-margaritas spot overlooking the port, whilst La Maison Blanche Champagne Bar in the Place des Lices serves some of the most prestigious champagne brands on the French Riviera. For max-out-your-credit-card partying with Hollywood royalty, bikini-clad fashionistas, socialites and the random millionaire, there is little funkier than Nikki Beach.

Where to party: Les Caves du Roy at Hotel Byblos enthralls with electric palm trees, wall-to-wall mirrors and Seventies disco balls. Entrance is free for those who look gorgeous enough to make it past the doormen. Equally exclusive is Le VIP Room which attracts the likes of P Diddy, Paris Hilton and Karl Lagerfeld.

Why: From soaring rooftop bars and iconic casinos to no-expense-spared superclubs, the infamous Sin City is a head-spinning, high-rolling party playground. Hit the Strip at five o’clock for happy hour and keep on going until dawn breaks.

Where to drink: The Cosmopolitan resort’s The Chandelier is a 65-foot tall crystal-encrusted structure that houses three unique bars in crystalline surroundings. Also check out the hip Mix Lounge at Mandalay Bay on the 64th floor of Mandalay Bay’s THEhotel for top international DJ sets and potent tipples.

Where to party: Located inside the pyramid-style 4,400-room Luxor, LAX is an super-stylish 26,000 square-foot, two-story space outfitted in rich red leathers and chandeliers; most impressive is the VIP area featuring seven luxurious lofts that are seemingly suspended over the main dance floor. Another Vegas headliner is Marquee, an unparalleled 60,000-square-feet dance space where bottle service at your table will set you back about $10,000.

Why: Bite the apple and plunge into an urban playground famed for its ever-evolving nightlife; from big-name jazz clubs and giant dance clubs to a new wave of retro cocktail bars and sleek rooftop lounges. The party scene here is frenetic – it is called ‘the city that never sleeps’ for good reason.

Where to drink: Located at the top of the Ink48 Hotel in Hell’s Kitchen, the swanky Press Lounge boasts 360-degree views of Manhattan, a rooftop pool and a superb cocktail menu. Also try Café Carlyle, an old-school cabaret supper club at the Hotel Caryle where Woody Allen shows up most Monday nights to play the clarinet.

Where to party: Le Baron in Chinatown lures clubbers to an intimate space with an eclectic DJ mix whilst Lil’ Charlies in Nolita is an upscale lounge with glittering décor and plenty of dancing space. The recently-renovated two-storey Marquee in Chelsea gets its groove on with some of the biggest names in music and is decked out with a LED wall and a funky new lighting system.

Where to crash: W’s fifth Manhattan property is surrounded by the hustle and bustle of Times Square. Convenient to the businesses of Midtown, it also connects you to many of New Yorks main attractions including the theatres that have made this city legendary.