Things to do in Cambodia

Cambodia has an abundance of culture, including beautiful temples, sculptures and museums full of history. Head to the Royal Palace and visit its lavish throne hall, or marvel at its striking architecture that adorns the Phnom Penh riverfront. Nearby is the National Museum of Cambodia, equally as beautiful in structure and home to Khmer’s most treasured sculptures and art, with a beautiful courtyard garden to wander through.

Visit the world’s largest religious structure, Angkor Wat, to really immerse yourself in the culture - a Hindu temple created for the Khmer Empire, but now a Buddhist temple and a key attraction for tourists. To be amazed even more by Cambodia’s striking temples, head to Angkor Archaeological Park - the remains of several Khmer Empire capitals, and take a trip to the Silver Pagoda to marvel at the extravagant silver floors and crystal covered Buddha’s.

Delve into Cambodia’s chilling history at the Killing Fields of Choeung Ek, integral for learning about Cambodia’s past. Between 1975 and 1979, three million people were murdered whilst under the Khmer Rouge regime. Now visitors can see over 8,000 human skulls and listen to first-person accounts of the survivors – a disturbing affair, but key for those who want to learn about the country’s history. 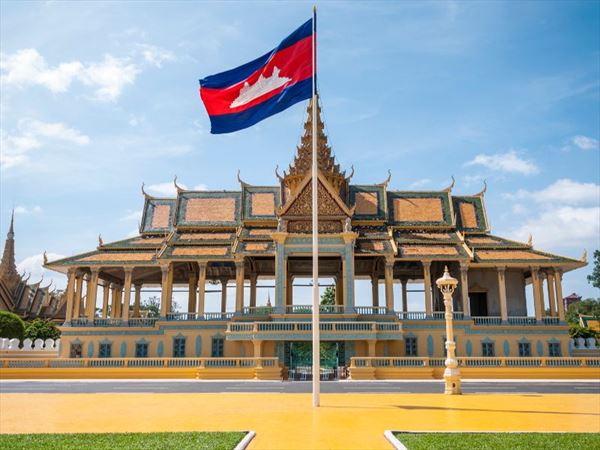 In November join in the festivities of Bon Om Touk, otherwise known as the Cambodian Water Festival, which celebrates the change in river flow after the rainy season. The main celebration is for Tonle Sap River, which connects to the Mekong River and is home to fascinating floating villages, though the biggest festivities take place in Phnom Penh, with its lively boat races and merriments.

To immerse yourself in the Cambodian shopping experience head to Phsar Thmei, otherwise known as the Central Market. Easy to spot with its yellow Art Décor structure, this busy market is a hub of exciting bargains and shopping experiences. Walk through the different sections and take your pick from jewellery, antique coins, flowers, fresh food and second hand clothes.