Holidays in the British Virgin Islands

A first-timer's guide to holidaying in the British Virgin Islands

The British Virgin Islands are a collection of 60 islands that lie in the north east region of the Caribbean. Surrounded by crystal clear turquoise waters, visitors come from far and wide to enjoy relaxing on the soft white sands and some of the world’s best snorkelling, diving and sailing. The friendly locals enjoy celebrations of all kinds, open to visitors and Islanders alike, and the dining scene is surprisingly diverse, as a multi-cultural melting pot. 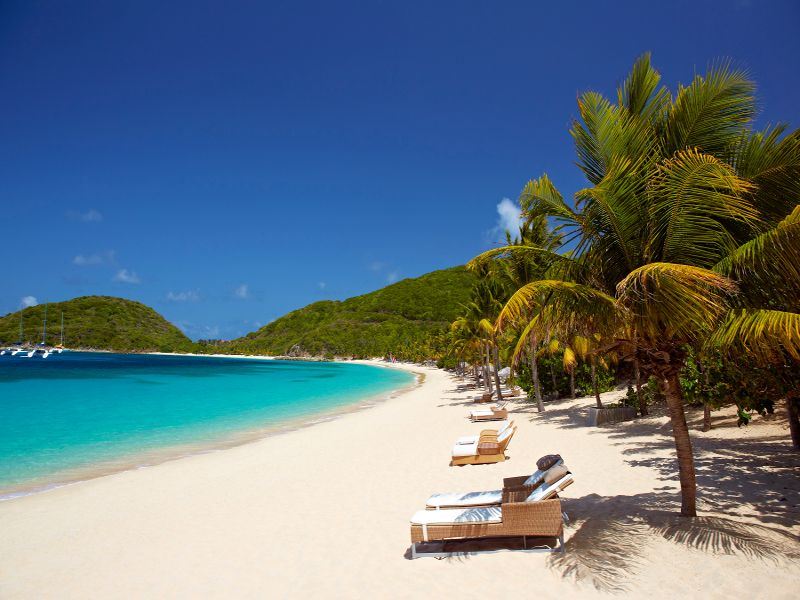 When to go to the British Virgin Islands

Year-round you can expect plentiful sunshine and temperatures that hover around the high 20s Celsius in the British Virgin Islands, but we think the very best time to visit is in the fall, from mid-September through November, after the biggest threat of hurricanes, and before the massive crowds that arrive in the winter. This is the time you’ll find the lowest room rates and airfare of the year, as well as the best opportunity for enjoying activities in relative seclusion. If you plan to dive or snorkel, spring is your best bet for good visibility and fewer crowds, with some discounted room rates as well.

Weather in the British Virgin Islands

As mentioned, there is little temperature variation here in the British Virgin Islands, with high temperatures typically in the upper 20s Celsius throughout the year. Sunshine is pretty much an everyday occurrence, even in the rainy season those tropical showers typically come and go rather quickly. Hurricane season, officially June through November, is a concern, however, with peak time for the storms in the summertime. As BVI is in the main pathway of hurricanes that rage through the Caribbean, it’s important to keep a close watch on weather conditions and you might want to purchase cancellation insurance for you trip due to the risk, especially if you plan to visit in July or August.

There are no direct flights to the British Virgin Islands from the U.K. or anywhere else in Europe. All flights connect through another airport in the Caribbean, such as St. Thomas in the U.S. Virgin Islands, Antigua, St. Kitts or St. Maarten. We’ve found the easiest route to be a flight from the Heathrow or Gatwick Airport in London to Antigua followed by a connecting flight to Beef Island, Tortola in BVI. These flights can be booked via the regional airline, LIAT. That will also bring the opportunity to spend some time in Antigua in addition to BVI, which claims to offer a different beautiful beach for every day of the year, along with outstanding snorkelling. 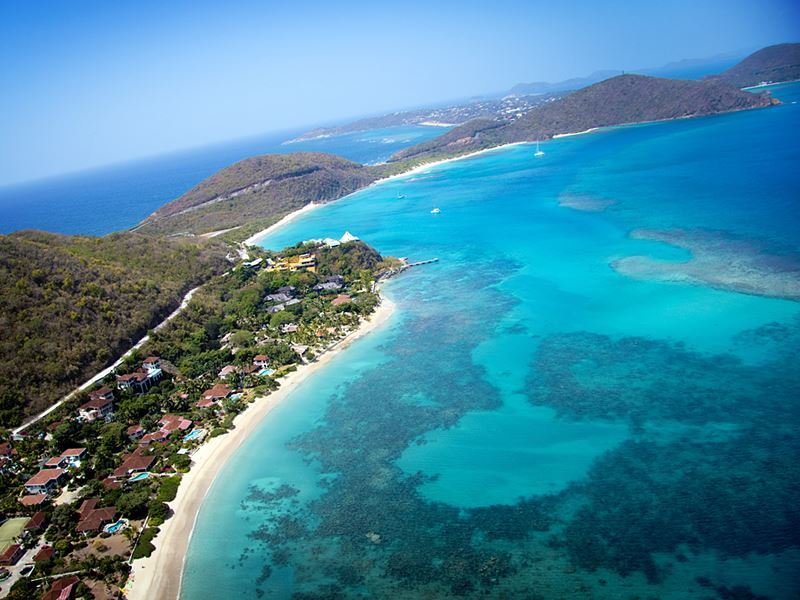 UK citizens visiting the BVI on holiday do not require a visa, however, a valid passport is necessary. The requirement to have at least six months remaining before it expires does not apply here, so you’ll just need to make sure the expiration date is after your return home. You may also need to show proof of a return or onward airline ticket. A one-month stay is typically granted at the ports of entry, though you a proof of a return ticket is sometimes required. For stays longer than one month and up to six months, you will need to apply for an extension via an interview with the Department of Immigration in Road Town.

English is the official language of BVI, however the British Virgin Islanders also speak Spanish and Creole, which is similar to the Dutch-based Creole spoken in the USVI, though it continuously changes due to its frequent use of idioms and slang terms.

Driving: Hiring a car and driving is generally the best way to get around on the larger islands like Tortola and Virgin Gorda. On the smaller islands, a vehicle is unnecessary with foot trails and goat paths utilised as the primary mode of transportation. Driving is on the left, though you’ll will need to drive defensively as roads are not well-maintained and are often very hilly. Keep a close watch for blind curves, pot holes and possibly the occasional iguana, rooster or cow. There are no specific laws against driving under the influence of alcohol either, so proceed with extra caution. There are also some unwritten road rules you’ll need to follow, such as politely honking to show your thanks for a driver that allows you to pass, and stopping for pedestrians who want to cross, whether it’s at an intersection or not.

Taxi: Taxis are a fairly easy way to get around. They are expensive, but there’s no need to haggle for a better rate as they’re set by law. You’ll find stands at the airports and near the ferry docks, and the hotels on the more developed islands are usually willing to call one for you. It can be a good way to get around, see the sights and sometimes get to know some of the locals too as they may be shared with other passengers. Some taxi drivers also make good tour guides, for an extra fee, of course.

The U.S. dollar is the legal currency within the British Virgin Islands. The best way to get cash is from the ATMs, which can be found in the main towns on Virgin Gorda and Tortola. Plan ahead if you’ll be visiting the smaller islands, as you won’t find any ATMs there. Credit cards, however, are accepted in most restaurants and hotels.

Electricity runs on 110 Volts AC on the British Virgin Islands, with power sockets type A and type B, the same as what is used throughout North America. Coming from the U.K. you’ll will need a plug adaptor and possibly a voltage converter, depending on the appliances/electronic gadgets you’ll be using.

There are no vaccinations required for U.K. travellers to the British Virgin Islands, but it’s always a good idea to check with a travel clinic or healthcare professional for specific advice. Be aware that there is just one hospital in the BVI and medical facilities are limited. If you need to be medically evacuated, you’ll typically have to go to the USVI, Puerto Rico or U.S. mainland, so it’s important to have adequate travel health insurance just in case, or access to significant funds for covering the costs of treatment overseas as well as repatriation.

The BVI has a very low rate of crime, with even wandering around alone after dark not a particularly high risk. Of course, it’s always important to use common sense whether you’re at home or travelling overseas. The biggest safety concern here is the sun, meaning you’ll need to bring protection in the form of sunscreen, sunglasses and a wide-brimmed hat.

The British Virgin Islands hosts all sorts of festivals, parties, sailing regattas and fun events throughout the year, with the biggest of all the BVI Summer Festival in August which coincides with the anniversary of the 1834 abolition of slavery. This two-week party in Road Town on Tortola hosts a parade, beauty pageants, all sorts of delicious foods, live fungi and reggae music, dancing and a horse race at the Little A Race Track on Tortola. If you visit around Memorial Day weekend in late May, you’ll have the chance to participate in the BVI’s biggest music festival, which brings big-name reggae, jazz, calypso, rock and fungi artists from across the globe to Cane Garden Bay on Tortola for live music, local foods and dancing on the sand.

You’ll notice the Islanders here reflect many British traditions and customs, though the pace of life is very laid-back. Casual dress is the norm with the exception of very high-end hotels and resorts, though beachwear should be confined to poolside and the beach.

Food and drink are an important part of life in both the BVI and USVI. As one would expect, there is plenty of seafood to be found on restaurant menus, including fresh fish like mahi mahi as well as Caribbean spiny lobster and conch. Traditional BVI cuisine includes roti, a meat and vegetable dish spiced with curry before being wrapped in a flatbread, and callaloo, a soup made with meats, leafy veggies and spices. Goat, chicken, oxtail, and beef are all popular too, and saltfish is a standard, in pates as well as a main dish. Common side dishes include fried plantains, beans, lentils, sweet potatoes, yams, and the quintessential Caribbean side dish: rice and peas.

A heavy amount of spice on most dishes is common here, with the fare a result of influences from indigenous people, Europeans and Africans. There are also several popular fruit and health drinks found in the islands like Mauby, made by boiling mauby bark with spices like cinnamon, and Seamoss, made with seaweed that’s boiled until it’s dissolved before being mixed with milk and spices.

Of course, rum is the drink of choice here, particularly Cruzan Rum which is produced on St. Croix in the USVI. The Painfuller is a favourite mixed drink made with lots of rum, pineapple juice, orange juice and coconut cream, garnished with fresh nutmeg.

The BVI offers more laid-back nightlife, with at least one outstanding beach bar on every island, and many hosting steel pan music. You’ll find lots of opportunities around Road Town on Tortola for live, local music, cocktails and incredible sunset watching. Bomba’s Beach Shack, a legendary bar where bras and panties hang, and old licence plates fill the walls that also hosts a famous Full Moon Party with free-flowing drinks and good times. Other hotspots can be found close to the marinas, some of which are even tied to a dock. Although there may be no casinos, the parties under an open-air setting with endless tropical drinks and fabulous tunes, can get a bit wild.